For the second time in history, masks have become the symbol of a global pandemic. The facial front lines differ in shape and size and are fashioned to the users’ desires, reaching from African prints to floral patterns. But are masks solely ‘germ-shields’ or ‘dirt-traps’ as referred to a century ago? What does the choice of fabric actually reveal about its wearer? And in which way are differences ‘un_masked’?

Authors, academics and activists from different backgrounds share their ideas on the historical, political, religious, racial and cultural, as well as on the intersectional dimension of masks. Similar to W.E.B. Du Bois metaphor of ‘the veil’, which solely exists in people’s minds, masks can be seen as the physical manifestation of the inner and outer world, the speakable and the unspoken.

A publication of the Literary Colloquium Berlin with the kind support of the Federal Foreign Office.

Originating from the last words of Eric Garner, an unarmed Black man killed by the police in 2014, and associated with a number of other homicides by the police, including that of George Floyd in 2020, the slogan „I can’t breathe“ has become the catchphrase used by the Black Lives Matter Movement in worldwide protests against police brutality and systemic racism. However, in the context of the global Corona pandemic the slogan has gained new relevance. If we understand breathing as a metaphor for social survival, the question arises, if masks enable people to ‘breathe’ or lead to suffocation. During enslavement, for example, so called ‘muzzles’ were used to torture and silence enslaved Africans. Later psychiatrist and postcolonial pioneer Frantz Fanon used the metaphor of the ‘white mask’ to describe the manifestation of the social psychosis caused in Black people by their racist domination and submission. He wrote that anti-colonial revolts occur when it becomes “impossible to breathe”. In this regard, masks become a means to discuss race relations and identity in western societies. In ancient Africa masks were designed with human or animal characteristics or a mixture of both. In masking ceremonies spiritual or religious significance was celebrated accordingly. Stolen from their creators during colonialism, the religious aspects of these masks were undermined as they were reduced to artifacts and hung in European museums. In this context, the spiritual and/or religious meaning of masks was erased, and Eurocentric ideas imposed. At the same time, we are provoked to ask what is actually being ‘un_masked’ by whom and why.

The editor, the authors

Natasha A. Kelly has a PhD in Communication Studies and Sociology with a research focus on Black German Studies. Her award-winning and internationally acclaimed documentary Millis Awakening was commissioned by the 10th Berlin Biennale in 2018. Based on her book Sisters & Souls (2015) she has been directing the sequential theater performance M(a)y Sister since 2016. Her dissertation Afroculture. The Space between Yesterday and Tomorrow (2016) was staged in three countries and three languages in 2019/20. Her latest publication The Comet – Afrofuturism 2.0 (2020) is a documentary of the Black speculative arts symposium which she curated at the HAU Hebbel am Ufer Theater in Berlin. http://www.natashaakelly.com Picture Credits: Emmanuel Nimo

Logan February is a non-binary Nigerian poet, songwriter and graduate student at Purdue University’s MFA program in Creative Writing. They and their work have been featured in The Guardian Life, Dazed, The Rumpus, Lambda Literary, Washington Square Review, Africa In Dialogue, and more. They are the author of In The Nude (Ouida Poetry, 2019 / PANK Books, 2021) and three poetry chapbooks. In 2020, Logan received The Future Awards Africa Prize for Literature. Visit www.loganfebruary.com

Precious Colette Kemigisha has worked as an editor, creative writing tutor and ghost writer for over fifteen years. Her interest in Science Fiction & Fantasy, especially Afrofuturism, led to publication in a number of anthologies and has allowed her to explore different themes including social inequality, race and gender. She currently teaches creative writing and is also in the middle of writing a collection of weird and wonderful short stories. The book will be published in 2021.

Olumide Popoola is a Nigerian-German writer. Her publications include essays, poetry, a novella, a play, the short story collection breach (Peirene Press, 2016) and the novel When We Speak of Nothing (Cassava Republic Press, 2017). Olumide has a PhD in Creative Writing and has lectured at various universities. She is the initiator and leader of The Future is Back, a scheme for emerging LGBTQ+ writers, funded by the Arts Council England. Olumide presents internationally as author, speaker and facilitator. In 2019, writer Jackie Kay named Olumide as one of Britain’s best contemporary Black and brown writers. Visit www.olumidepopoola.com

Djamila Ribeiro is a writer, philosopher, social activist, and one of the most influential leaders in the Afro-Brazilian women’s rights movement. She is the author of Quem tem medo do feminismo negro? (Eng. Who is afraid of black feminism?, Companhia das Letras, 2018) and Pequeno manual antirracista (Eng. Short anti-racist guide, Companhia das Letras, 2019). Djamila is committed to sharing the thinking of others, through the editorial initiative Sueli Carneiro’s Seal. Her book Lugar de Fala (Eng. Place of Speech, Letramento, 2017) was the first publication of Feminismos Plurais, a collection within Sueli Carneiro’s Seal that publishes black writers’ works at affordable prices. Djamila holds a guest professorship at the Pontifical Catholic University of São Paulo. In 2019, she was awarded the Prince Claus Award and considered one of the 100 most influential women in the world by the BBC.

Jeferson Tenório, born in Rio de Janeiro, Brasil, in 1977, lives in Porto Alegre. He is currently doing a PhD in literary theory at the Pontifical Catholic University of Rio Grande do Sul. His debut novel O beijo na parede (Eng. The kiss on the wall, Editora Sulina, 2013) was named Book of the Year in 2013 by the Associação Gaúcha de Escritores. Jeferson’s texts have been adapted for the theatre, and his stories have been translated into English and Spanish. His second novel Estela sem Deus (Eng. Estela without God, Zouk) was published in 2018, followed in 2020 by O avesso da pele (Eng. The other side of the skin, Companhia das Letras), which was celebrated by audiences and critics alike.

Sheree Renée Thomas is an award-winning editor and writer. Her work is inspired by mythology, natural science, and the genius of the Mississippi Delta. Thomas is the author of Nine Bar Blues: Stories from an Ancient Future (Third Man Books, 2020), Sleeping Under the Tree of Life and Shotgun Lullabies (Aqueduct Press, 2016 / 2011). She is the editor of the groundbreaking anthologies, Dark Matter: A Century of Speculative Fiction from the African Diaspora (2000) and Dark Matter: Reading the Bones (2004), which earned the 2001 and 2005 World Fantasy Awards. Sheree is the editor of various journals, including The Magazine of Fantasy & Science Fiction, founded in 1949. Her work has been supported with numerous fellowships and prizes. Sheree was honoured as a 2020 World Fantasy Award Finalist. She lives in Memphis, Tennessee. Visit www.shereereneethomas.com 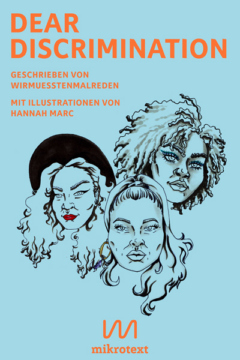 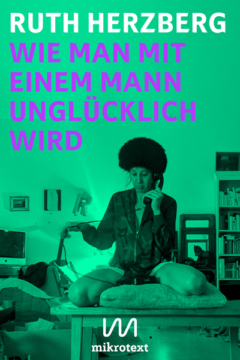