This double essay will completely change our thinking about immigrants: Patras Bwansi, a well-known activist for the rights of refugees in Germany, writes about asylum experience, Lydia Ziemke about the paradoxes of helping.

about 140 pages on a smartphone

„Moreover, Lydia Ziemke reflects her own attempt to pave the way into German daily life for a young Moroccan in her excellent critical essay on the ‘paradoxes of helping’. She learns ‘lifelike’ what Hannah Arendt postulated in 1943 in her essay ‘We Refugees’ , namely that ‘human compassion can only take hold, when the refugees have been given legal justice’.“
Elke Heinemann, FAZ

„We must learn to see the stereotypes behind the term asylum seekers. The book is a good start for that.“
Susanne Memarnia, taz

„As I was reading, I felt as being forever held in a transit space, especially since the words of Bwansi’s essay have the power to illuminate like spotlights the emotional states that I, equipped with ID cards and tickets, usually not experience.“
Tania Folaji, Elektroprint

„These two texts are to completely change our thinking on the subject, according to the publisher’s announcement, and although such grandiose announcements are rarely met, this time it’s true.“
Kevin Junk, Fixpoetry

Could you imagine to be a refugee and be treated like a criminal? Not like a human being? How would you like to be welcomed? With Patras Bwansi you can relive this experience. He describes growing up in Uganda with school beatings, tells us about the constant bureaucratic supervision in the German „initial reception facilities“, colloquial also called „Lager“, as well as his personal outbreak into the protest, calling for humanitarian rights. That this will come only with a political and social rethinking, Lydia Ziemke shows in her text, which is inspired by her artistic work with refugees. If you want to read about Bwansi’s concise demands, you can download his manifesto in English for free as a PDF here.

This publication in English was supported by the Rosa Luxemburg Foundation.

I had not expected that they would take my fingerprints before anything else, it was a very strange greeting. The doors opened around 1:30 pm, I went in and with the fingerprints they asked me a few quick questions immediately – my names, where I come from and why I was here. I did not want to talk much, I was so tired. I showed them my bag and said: “All of me: I’m here.” I had to fill in a form and then wait for further questions. After one hour they gave me 25 questions and I thought finally that was all I had to do, that now they would grant me asylum. But oh no – on the contrary, it was only my introduction to German bureaucracy!

Those people in Turmstrasse, they looked very tired of welcoming people, tired of those people altogether who stood in front of them full of hope. Their eyes and bodies said: “you black people, why do you keep coming here? We have so many other people we have to take care of, go somewhere else …” They were clearly making a distinction between the people who were listed on their papers as ‘eligible’ and me. There were many other people they called in before me and none of those were black. This hierarchy of refugees was also a strange surprise.

Finally they said I had no chance of getting asylum in Berlin, and instead they would help me to go to Bavaria, apparently it was easier there. But because it was the weekend, they first sent me to a lager in Berlin called Manchester that was full of Asian people. They told me not to move around outside, as the police would control me and then I would be finished. They put me in a room with a guy from Somalia who had been there three days. They thought we would get on as two Africans but unfortunately we had no language in common.

Bino Byansi Byakuleka, formerly known as Patras Bwansi, born in 1979 in Kabale, Uganda is a Textile Artist who currently lives in Berlin. He was engaged in the Orthodox Church Uganda from a young age and gained a certificate in Counsel-ling/Trainign with the Focus on HIV and literacy. He studied Industrial Art and Design from the Buganda Royal Institute of Business and Technical Education Mengo in Kampala, Uganda. 2007 he accepted a scholarship to live and study Icono-graphy at the St. Arsenios Monastery and School of Creative Art Ormylia in Thessaloniki, Greece. In 2010 August he became a refugee in Germany and spent almost two years in the refugee camp in Breitenburg near Passau in Bavaria. In August 2012 he started a protest tent in Passau Klostergarten and in October he joined the refugee protest camp in Berlin-Kreuzberg at Oranienplatz. Since then he is a full time political activist to change the asylum system in Germany and for LGBTIQ rights. In 2013 he founded the African Refugees Union (ARU) and in 2014 the campaign “WE ARE BORN FREE! MY RIGHT IS YOUR RIGHT!” which is aiming at refugees being intergrated increasingly in everyday life. In this context he gives many workshops in schools, universities and other institutions.

Lydia Ziemke, born 1978 in Potsdam, lives in Berlin. She studied Classics at the University of Edinburgh and was running the Gilded Balloon Studio Ensemble there for three years. Since 2006, after completing LAMDA’s one-year directing Pro-gramme, she divided her time between London and Berlin as a freelance director and dramaturg. In 2009 she assisted Ramin Gray and Mark Ravenhill at the Royal Court Theatre, was directing and dramaturgical assistant at the Schaubühne, Berlin, took part in the International Forum of the Berliner Theatertreffen, and founded the international company suite42 with the piece LAND WITHOUT WORDS by Dea Loher, which toured internationally until 2013 and has recently been restaged by the company in German and French. 2010 Ziemke was the German recipient of the British Council Cultural Leadership scholarship and travelled in five arabic countries and theatre scenes. 2011-2014 the company produced plays by contemporary Arab writers for the Heimathafen Neukölln and since then cooperates with companies in Lebanon, Palestine and Morocco. Ziemke writes radio features, i.e. about the refugee protest movement on Oranienplatz in Berlin Kreuzberg for Deutschlandradio Kultur, and articles for regional and international magazines. German theatre critic Patrick Wildermann called her a “translator of the unspeakable” in the theatre magazine “Theater der Zeit”. Since 2014 she curates and co-moderates the salon “ÜberMorgenLand” at the Radialsystem V, Berlin. 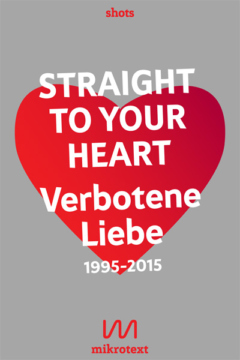 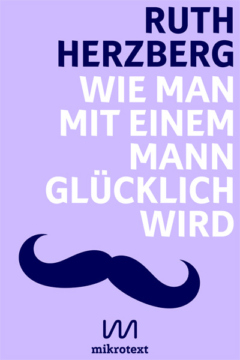