Also available in a German edition. Delivery usually much quicker than the shops say.

about 400 pages on a smartphone

„In the best of his ultra-short works, it is possible for the reader to unfold a whole small cosmos from one or two sentences.“
Nicolas Freund, Süddeutsche Zeitung

„Westin consistently uses elements of science fiction for his short stories, but condenses them and gives them poetic power.“
Bookgazette

„The latest book from Berlin’s sharp indie publishing house mikrotext not only pushes the boundaries of the terrestrial, but of science fiction itself. … Each microstory is Tardis-like in its depth and philosophical scope; their layers of interpretation radiate outwards and their paradoxes trap you in entertaining mental loops. These bitesize universes aren’t fit for digestion all at once, so space them out on an U-Bahn ride and savour each one.“
Exberliner

„I’ve been reading these stories in my Twitter feed for years now but their very nature makes them difficult to review. So a collection is kind of nice to have. If you haven’t read any of them before, they are exactly what they sound like.“
Camestros Felapton

„Some of the best depth and potential built into the space of a single tweet.“
MEG, Chair of the BristolCon SF Convention

„I’ve been writing microfics on postcards and my appreciation for the Sheer Compressed Wonder you create has only increased. (Which isn’t to say I ever thought it was *easy*).“
Jeanette Ng, award-nominated SF novelist

„Like a circus tent, @MicroSFF stories are much bigger on the inside than they appear on the outside.“
Gunnstein R’Lyeh

Science Fiction is often falsely regarded as a genre that is only concerned with matters of science and technology. While that is true, it also shines a spotlight on the space between between today’s world and other, possible worlds. Westin’s Science Fiction might as well be called Social Fiction: it covers human flaws, the lunacy of our society, and the concept of life itself.

Please find the shopping possibilities for international deliveries to UK or US for example linked below on this page.

Ah! Please don’t think, ah, I’m stupid, but so far this, ah, ‘three-dimensional expression of an eleven-d universe’, ah, is a lot like sex.

He built a time machine to go to all the great gigs he’d missed in his youth.
It was horrible. Everyone smoked, looked stupid, was too young.

“I’ll have a year off, go ascetic,” she said.
“No gadgets, just simple life.”
It became a trend, a hip lifestyle.
It hid her bankruptcy.

Netters! I problem have. My time machine for changing date code requires. The code in this now unavailable is, in 2191 now I it left. Helps?

The inquest continued.
“Why did you not notice that your antidepressant drug made women telepathic?”
“We didn’t test on women.”
“I knew it!”

The ambassador knew that judging from appearances was unwise, but still did it at receptions.
Eyes, lips, nose… This person was probably Human.

We thought the aliens landed and threw a huge dance party to celebrate first contact.
Much later, we learned that rhythmic sounds kill them.

Liking cute, cuddly creatures is a universal constant. That’s why the Human Empire’s envoy to the Galactic Council is well fed and bearded.

“Every soldier will return to Earth,” they promised. Well, I guess they didn’t lie. The light of us burning will reach home in seven years.

When they landed on the alien world, the astronauts found God, with some lizards.
“Oh, hi,” he said. “You okay? I’m helping these guys now.”

“The earthlings broadcast so many messages. How can we know which are important?”
“Simple. Look for those that are repeated.”
“Ah. Cheers.”

When she really needed a break, she’d halt time for a little while. Never for long; she always felt guilty, even though nobody could notice.

O. Westin lives in the UK and works as an IT specialist. Since 2013 he has published over three thousand short sci-fi stories on the twitter account @MicroSFF with more than 74.000 followers. 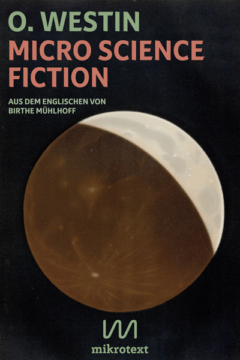 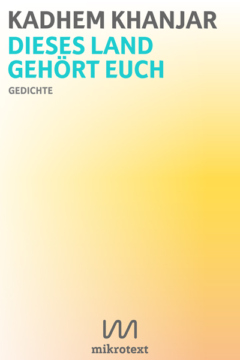